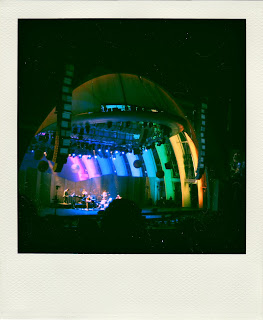 I was given two tickets to the Hollywood Bowl for the Big In Japan concert. The show was advertised as a cultural festival with small events peppered outside the Bowl. These included sake tasting, kimono displays, paper art, and karate demonstrations. The lineup of musicians included the Yellow Magic Orchestra, Yoko Ono, Cibo Matto, Buffalo Daughter, and Towa Tei. 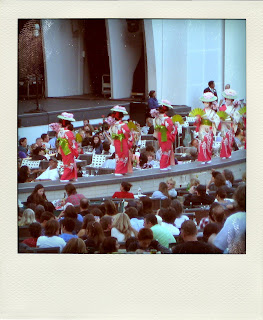 An enormous troupe of taiko drummers from the Taiko Center of Los Angeles opened the event. Fujima Kansuma Kai, a California native and performer of classical Japanese dance, made up the second performance of the night. Followed by experimental, electric pop musicians Cibo Matto, Buffalo Daughter, and DJ Towa Tei. 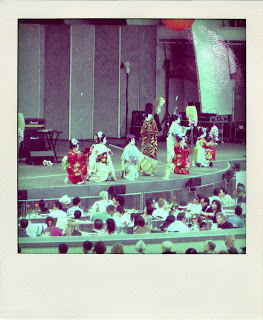 At intermission, Amy and I went to the snack bar to purchase some treats. We perused the selection and settled on the cheapest bottle of Sake(8$). I was excited to try something new, having never tasted sake before. Of course, I regretted the purchase as, big surprise, it was terrible. We returned the bottle in exchange for sparkling water.
I was looking forward to Yoko Ono. I don't care much for her music, but she's one of my favorite performance artists. For that reason, I wasn't disappointed when she only performed two songs. The first being an Orgasm Song, the unofficial title. She roared and grunted as the Yellow Magic Orchestra played backup. Her final song, and the last song of the night was a group performance of, "Hello, Goodbye". Cibo Matte, Buffalo Daughter, Towa Tei, the enormous Taiko group, and the kimono performers came onto the sage to sing.
Although the cultural events attached to the Big In Japan concert were advertised as Japanese, they're more representative of American culture and elements of an increasingly globalized society. Kimono's, sake, origami, and karate are evidence of a cross-culturalisation that has considerable effects on the American identity.

Small vignettes of Japanese culture have been repeatedly regurgitation in the United States to the point where their influences have developed strong roots in American daily life. Colloquial English has adopted Japanese phrases such as 'Sayonara' and 'Yosh!", popularize by Hollywood one-liners and Youtube. Additionally, most American have used chopsticks over western dining tools. These examples, by no means, represent an authentically Japanese identity. Rather, they've transformed themselves into symbols of a quickly evolving, authentically American culture. 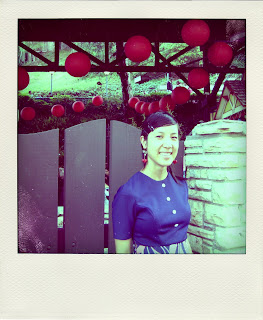 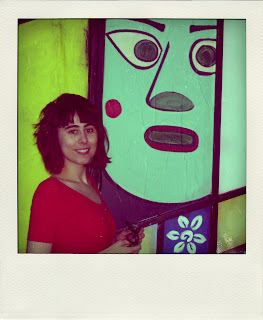