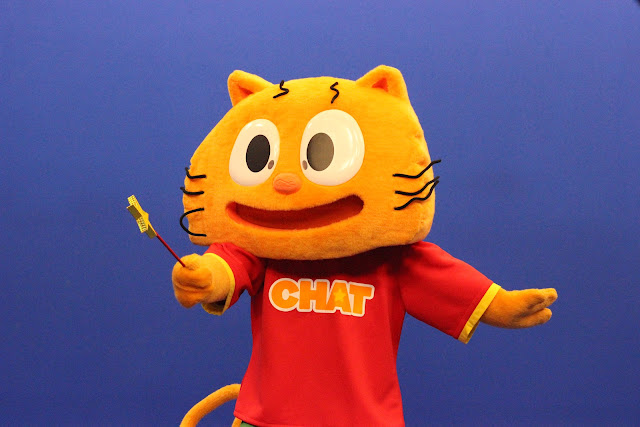 The staff at I-Camp were up early Sunday morning preparing for rehearsals. The show I am interning on is called CatChat（キャットチャット）. It's an English Language education program for children that is produced in house by TBS. In line with the style of Japanese television, CatChat has a human sized mascot character.

Our 10am rehearsal call time was met by the heads of the production team, our art department, the mascot puppeteers, and the child actors. The mascot puppeteers worked in three to four hour shifts. Their work was made more difficult by the constraints of the costume. It was both heavy and lacked ventilation. 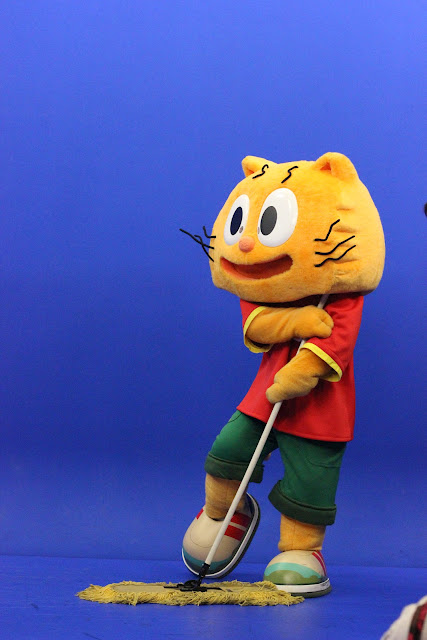 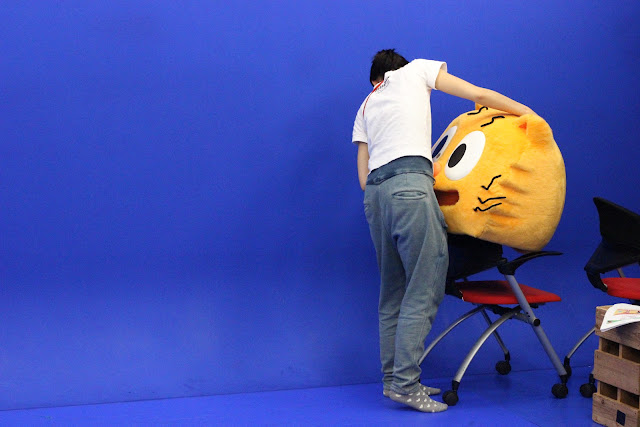 This gives you an idea of the size of the costume head.
at 10:00 PM